When he resided in Frantiskovy Lazne, Johann Wolfgang von Goethe described the city as "paradise on Earth." The smallest of the three cities in the famous West Bohemia Spa Triangle boasts an elegant neoclassical spa colonnade, Čisťounkými Parks, a pleasant klindou atmosphere.  Come and see for yourself whether the words of the famous German poet still apply, and enjoy rest and relaxation in the city, which gave the world the first peat spa.

The locals began to observe the healing properties of the local springs about five centuries ago. The spa town was founded in the 18th of February. It is named after the Austrian Emperor Francis I. The calm and healing influences were sought here by Johann Strauss, Prince Metternich, Kafka or Beethoven.

In Frantiskovy Lazne you can taste 20 cold mineral springs, the basis of procedures is high quality natural mud and gases with medicinal properties. All of these are used in the treatment of muscular-skeletal system, cardiovascular disease, and in particular gynaecological problems, including infertility. The charming spa houses today also offer a pleasant and very popular wellness procedure that will guarantee a return of the lost vitality, oddální the ageing of the body, omladí the soul and relieve stress.

Frantiskovy Lazne became famous for the symbol of a small boy named František and had a reputation for healing power. Local people believe that if a woman touches his statue in a certain place, he will be guaranteed to become pregnant. When you korzovat the main street, be sure to stop by the house at the two Golden Lions (the Golden Lion) where Beethoven stayed during his visits to the city. If you like Aquaparks, enrich your visit to Aquaforu, where there are a number of indoor and outdoor pools, water slides, whirlpools, water caves, saunas, hydromassage baths and beach volleyball courts-entertainment for the whole family, seniors and active athletes.

5 km from Františkovy Lázně lies the Strarobylé town of Cheb, one of the most beautiful towns in Bohemia with magnificent half-timbered houses. If you like natural beauty, navštvte the unique National Nature reserve Soos. It is a large peat bog and slatiniště, where a large number of mineral springs rise and pure carbon dioxide in the so-called. Mofetách-mud volcanoes. The instructional trail leads along the bottom of the dry lake, which had salt (mineral) water. 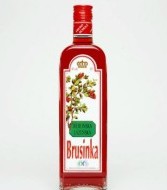 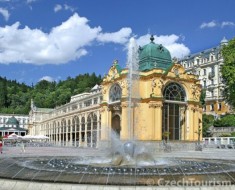 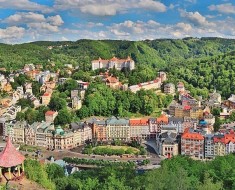 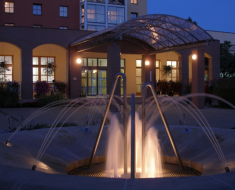 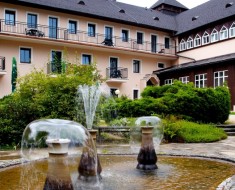